“The times are ripe” for intelligent machines (Mikolov, Joulin, and Baroni, 2015). Every day automation systems make new advances in the ability to analyze and discern patterns in our world. And increasingly, these technologies are communicated in user-facing experiences (Power, 2015). It is not surprising that people are directly interacting with artificial intelligence in speech, gesture, gaze direction, (See citations at Jaimes n Sebe, 2007), analyzed implicit behaviors (Johnson, 2015), and many more increasingly rich and natural ways (Haghighi, 2013).

Written text may be one of the most effective means to interact with intelligent systems (Libov, 2015). Most of humanity’s knowledge and information is encoded in written text, making it the oldest and most stable means of communication (Mikolov, Joulin, and Baroni, 2015). Today, text communication, through messaging applications, is the most widespread and popular usage of technology in the world (Baker, 2015; McKitterick, 2016). One way of bridging the gap between text and intelligent systems is through chatbots, mildly intelligent computer systems designed to have conversations. Throughout Asia, chatbots are used by companies in messaging applications to individually talk to millions of users at the same time (TowCenter, 2015; Weitz, 2016). Current changes in the market indicate chatbots may spread throughout the world very soon (Lessin, 2016; Messina, 2016).

General design practice can also be improved by better of how to design for the chatbot experience. First, designers can benefit from experimenting with messaging, the most accessible and social digital experience (Abou-Zahra, 2012; Reid and Reid, 2010). Second, this medium can actively teach designers the multitude of unique interaction constraints of messaging platforms (Grover, 2014) in addition to designing only with words, as chatbots are limited to little else (Libov, 2015; Messina, 2016). Third, the act of designing to such a unique constraints and context may “promote new inferences and problem understanding” of experience design (Moreno et al., 2014). These conditions may focus designers on practice of experience design. Buxton reminds designers, “it is ultimately experiences we are designing, not things” (Buxton, 2007).

In examining chatbot design research, I found little evidence of chatbot experiences being designed with human-centric methods (Norman, 1998). Industry surveys illustrate “the techniques of Chatbot design are still a matter for debate and no common approach has yet been identified. Researchers have so far worked in isolated environments with reluctance to divulge any improved techniques they have found, consequently, slowing down the improvements to Chatbots” (Abdul-Kader and Woods, 2015). Nevertheless, these artificial intelligent experiences are being designed (Kenyon, 2015). Upon examination, few researchers and practitioners have evidenced their “empathizing with user’s problems, visualizing systems, the use of prototypes, frequent iteration, and collaboration across all stakeholders” (Kolko, 2015). One popular approach to achieve these aims is called Design Thinking. This project aims to understand and address the problems designers face when developing chatbot experiences using a design thinking approach.

This project is structured around a design thinking approach, of empathizing, defining, ideation, prototyping, and testing in collaborative team environments (d.School, 2010). Moreover, this project aims to create design thinking methods to help teams of designers and developers collaboratively make chatbot experiences more meaningful. Building upon my Hyper Island education, I focus my design efforts on creating experiential learning workshops methods to allow a “change in an individual that results from reflection on a direct experience and results in new abstractions and applications” (Itin, 1999; Preszler, 2009). The first portion of this project roughly follows the 5 why’s method to understand root issues in designing chatbot experiences (Ōno and Bodek, 1988; Ries, 2011). Then, methods are ideated and designed, inspired by human-centered design methods (Maguire, 2001). Next, the methods are prototyped and tested with users. Lastly, the results of the tests are reflected upon and discussed. 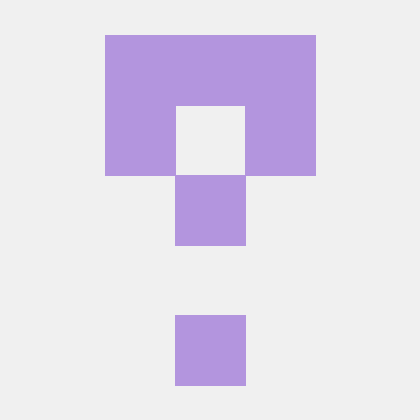